Marcus and Pickles were both homeless. They were living on the busy streets of Los Angeles. They could be homeless, but they couldn’t live without each other.

Marcus finally got a chance to find a home for them. It didn’t matter if it was too small. The important thing was, they were together. He wanted to share everything with the dog, even in his own little way.

John Hwang, a blog photographer, featured the story of Marcus and his dog friend. He was not able to visit them for a while, but they always texted each other. The time when John Hwang was not busy at work, he decided to see Marcus and the dog.

That day, when he was standing in front of Marcus’ apartment, he noticed them looked so excited about his visit. When he went inside, he did not see a bed. He noticed a clean mattress, dog’s bed, and feeding bowl. The apartment was totally bare.

He asked Marcus where he used to sleep. Marcus happily said that he sleeps on the floor with his dog. His dog friend was the only family member he had, and nothing could take them apart.

The love that a dog could give is irreplaceable. Sometimes, they could be a great companion any person could have. They were able to love without asking anything in return. Fortunately, the homeless Marcus and Pickles found a home from each other.

Dogs were forgiving and loving animals also. They could be the most loyal friend to everyone. But, it was frustrating to know that there were people who were unloving and uncaring to them. Stray dogs were scattered everywhere; they were just waiting for our acceptance.

There were so many stray dogs all over the world. They needed to be loved and taken care of. If the homeless man could give everything to a stray dog, why an ordinary person couldn’t do the same? Luckily, Marcus and Pickles would never be alone anymore. 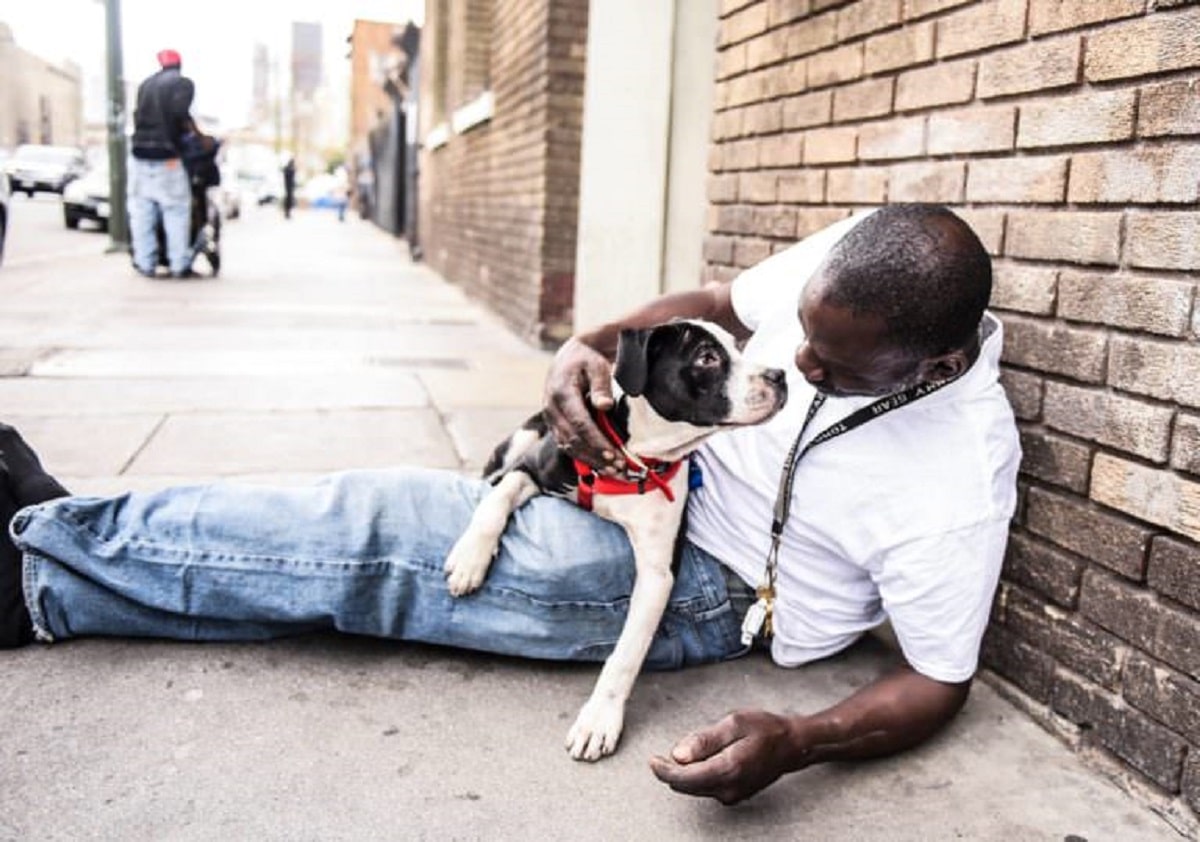 No More Nightmares For Veterans With PTSD, Thanks To These Service Dogs